A farmer working on 150 ha of arable land in the north of the Czech Republic combines conventional and minimizing technology when growing agricultural crops. The farm uses plowing mainly in the cultivation of sugar beet and uses a deep cultivator and subsequently a disc cultivator under the rest of the crops. Crop portfolio represents approximately 60 ha of wheat, 25 ha of barley, 30 ha of sugar beet and the remaining 35 ha is rapeseed.

Growing rape the farm decided to use the strip till technology. The farm took the opportunity to try out our universal Falcon PRO seed drill, adapted for sowing rapeseed using strip-till technology in August, the last year. The customer aggregated the seed drill into own John Deere 8320 tractor and planted his entire rapeseed area with this set.

These are two large fields

The next day after sowing, it rained about 20 mm, which greatly helped the subsequent emergence and overall development of the stand.

Approximately 13 ha were processed with a deep cultivator to a depth of 20 cm, followed by direct sowing of the total area of 28 ha. The rest of the field was cultivated only once to 10 cm by disc cultivator. The field is very diverse, from light to medium-heavy soil. In dry years, there was a paradoxically higher yield than in the second locality: Vrbno. In both variants, the soil was again cultivated during sowing with the front striptill chisel section of the Falcon seed drill to a depth of 17 cm, the seed was placed in the cultivated strips of soil in a row of 25 cm. 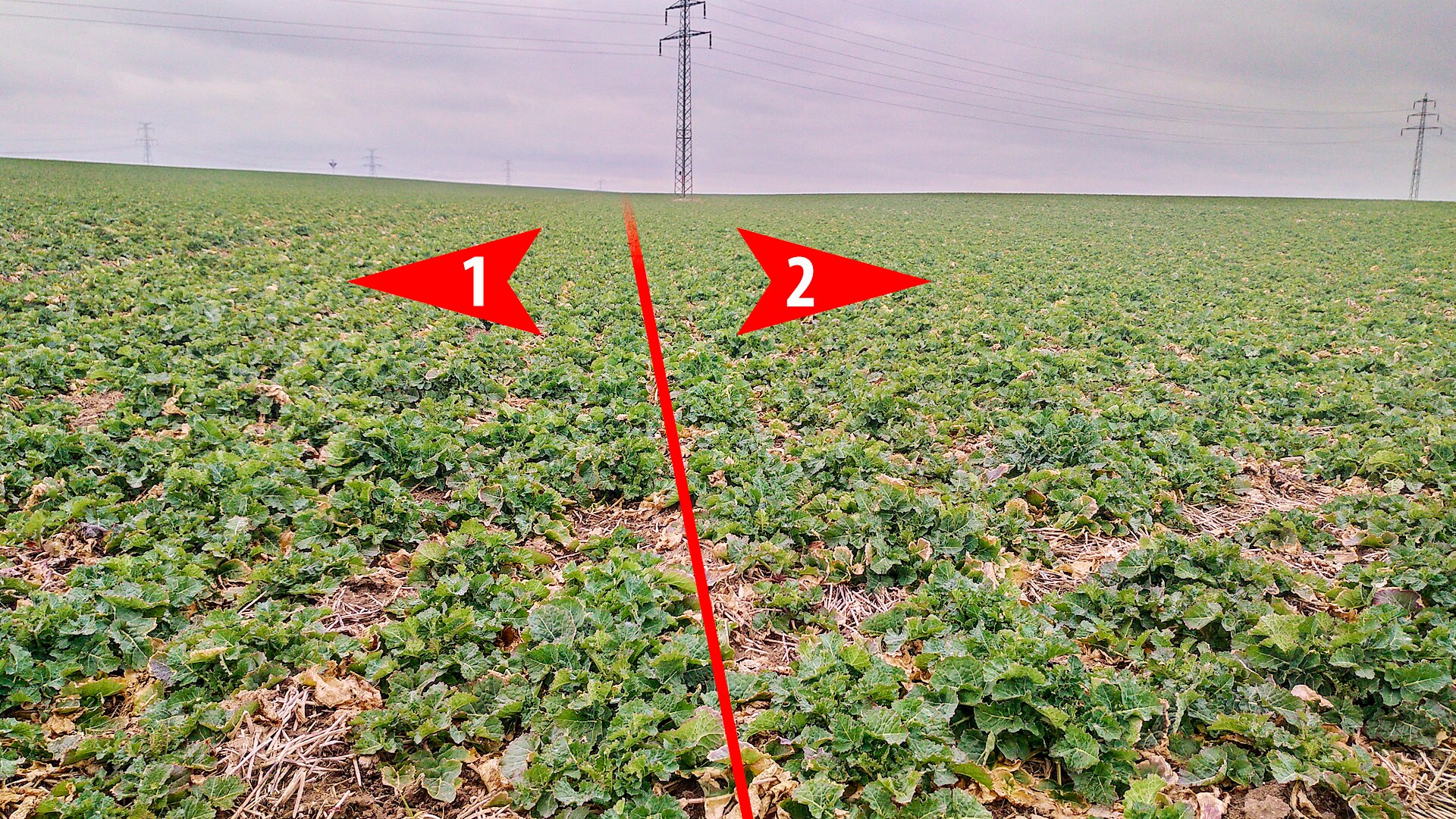 Emerging rape is not as well growing as is on the part of the field that has only been processed by the shallow stubble cultivation. The rape has little bit thinner stalks here and did not grow as well as after deep loosening. There also seems probably larger amount of post-harvest residues in the intermediate rows. The plants are smaller on the surface, but the root is large and strong enough.

After deep loosening, there is visibly less post-harvest residues on the ground. The emergence was more balanced and the plants are in better condition. The vegetation is better involved.

We will continue to monitor the condition of the stands and continue the evaluation. So far, according to a well-established and optimally emerged stand, we can expect good yields. Experience with this technology has so far confirmed this in all cases.

Do you have any queries? Contact us.
By using this website you agree to the use of cookies. Find out more.
Váš prohlížeč je zastaralý
Některé stránky nebo jejich části se nemusí zobrazovat správně. Doporučujeme aktualizaci a přechod na novější a modernější internetový prohlížeč.
Stáhnout podporovaný prohlížeč