These days, on fields of the AGD Senice a.s. company it is possible to see a track trailer Case Quadrac 620 combined with the disk harrow Softer 1250 PRO during a green manure mixing despite this year’s quite wet autumn. As a green manure they sow a mixture of California bluebell and Crimson Clover which is coarsely crushed with a mulcher and then finely processed by the Softer 1250 PRO 8-10cm deep.

This wide range disk harrow Softer 1250 PRO is the first machine of its type sold in the Czech Republic and its now being used by this company for two years providing a classic loosening, green manure mixing and last but not least a coarse pre sowing tillage. The disk harrow Softer 1250 PRO is equipped in the front parts with hydraulically controlled flexicut rollers which cut and break the mixed mass. Following, are two rows of symmetrically arranged disks fully hydraulically controlled from the tractor’s cabin. Individual disks are attached on special hook tines which significantly improve permeability of the plant residues even at current wet conditions. Reconsolidation and clod crumbling is done by perfectly double V-ring roller of 580mm in diameter. 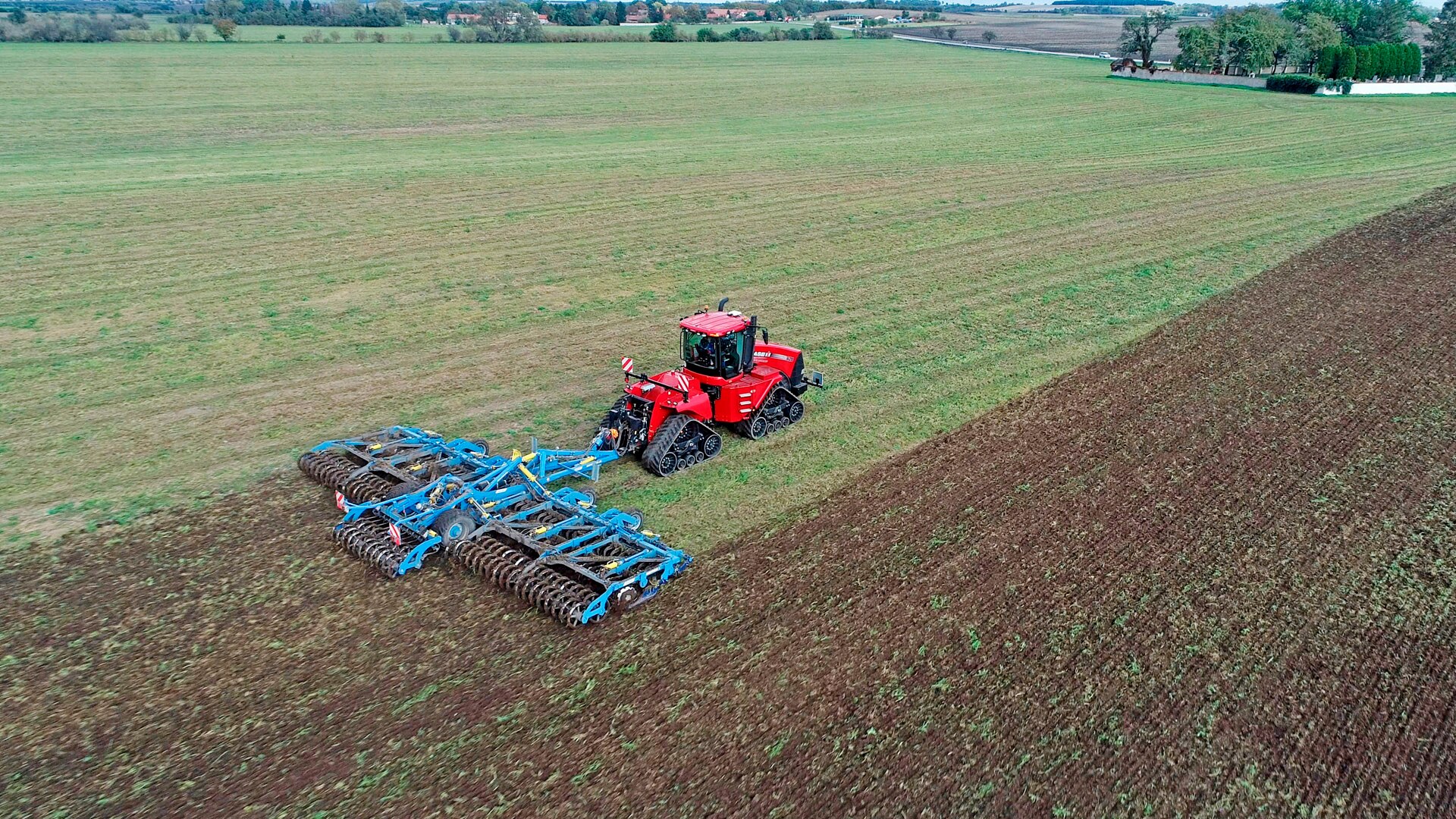 In the end it is possible to say that a machine in this configuration can do an all year universal tillage in all kinds of soils including heavy and rocky ones.

Do you have any queries? Contact us.
Používáním tohoto webu souhlasíte s používáním souborů cookie. Find out more.